Navigating the US Coronavirus Job Market for Content Creators 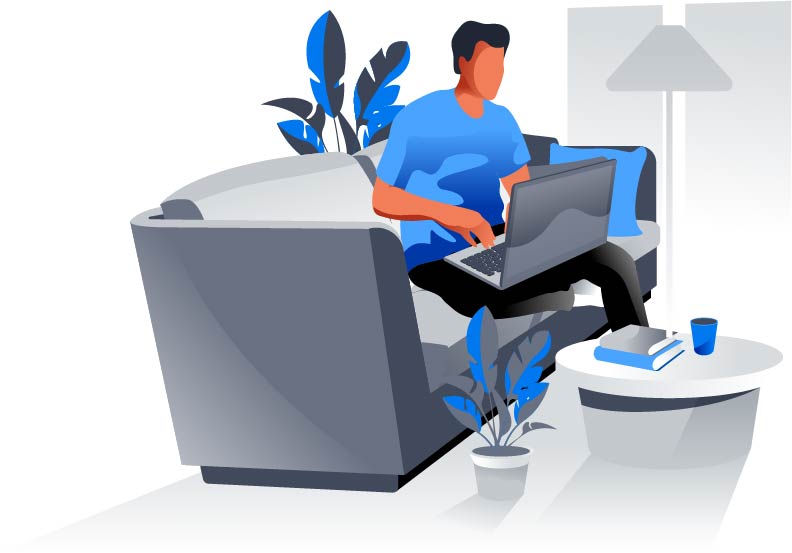 (Creative Fanzine) – Like most everything else in the world, the US job market has been shaken up by the coronavirus pandemic. The unemployment rate skyrocketed up to 14.7% in April as the country went into lockdown and most businesses either shut down or shifted to remote work.

On August 7th, 2020, the US Bureau of Labor Statistics released their jobs report for July 2020, which had some good news. Unemployment is down almost one percent to 10.2% and the number of unemployed is down to 16.3 million, with the economy adding 1.8 million jobs. The bad news? The unemployment rate and the number of unemployed are still up by 6.7% and 10.6 million respectively from where they were in February of this year.

56.4% of the unemployed still classify themselves as on temporary layoff, meaning that they expect to return to their jobs soon. But an increasing number (22.6% – up 1.7% from June) believe that their job loss is permanent. This is what worries most economists. The slowdown in job gains in July signals that the easy job gains are gone, and what’s left is much harder to deal with and the reason why recessions are so difficult to get out of.

Not included in the unemployment numbers is that the number of job-seekers decreased by 463,000 to 7.7 million, up by 2.8 million from February – whether this is due to discouragement from the job market or the resurgence of the coronavirus still remains to be seen. Taking into account these factors, the real unemployment rate, which accounts for the underemployed, the marginally attached, and discouraged workers, was 16.5% – down 1.5% from June.

The unemployment caused by the coronavirus disproportionately affected workers in service industries. Many of those workers have been unable to or only partially returned to their jobs as we experience a new uptick in the number of cases and states halt reopening plans. About one-third of the job numbers gains came from returning part-time workers in the leisure and hospitality industries, but economists predict that this will decrease as states halt reopening plans amidst a resurgence in cases.

But pressure to find some kind of work is mounting for the unemployed as the $600 enhanced unemployment benefit assured by the Coronavirus Aid, Relief, and Economic Security (CARES) Act expired on July 31, 2020, with many states having ended the additional payments the ween ending on July 25th to stay within the verbiage of the bill. Debate on how much will be included in the next coronavirus relief bill is still raging in Congress, but nothing is guaranteed and there is no real date for any kind of relief bill to be passed.

Many families have been using the extra money to make ends meet and its loss has caused some workers to turn to jobs that they normally wouldn’t do, such as independent contracting or gig work.

In the past decade, we’ve seen the rise of alternative jobs instead of traditional W2 positions as people’s primary sources of income worldwide. This includes independent contracting and gig economy jobs, such as appwork jobs like ridesharing and delivery.

Coronavirus has been a mixed bag for these workers.

Many companies, especially smaller ones, are now hiring contractors for what used to be W2 positions in order to keep payroll costs low as they try to operate in these times of low revenue; this means more jobs, but these jobs are usually temporary and don’t come with benefits.

US tax law also considers independent contractors as their own businesses, which means that they are responsible for paying both personal and business taxes quarterly from their income, as well as providing their own insurance. In high-tax states like California, all of that can add up to 30% of a contractor’s take-home pay.

Those doing appwork jobs, such as Uber or Instacart, have been battling for benefits even before coronavirus. Many of these service type positions have increased risk because of the travel and interaction required. Yet the companies that run these apps don’t pay for unemployment, health insurance, or sick leave.

Even so, record high unemployment rates have caused many workers to turn to these kinds of positions in order to pay their bills. This has led to an oversaturation of the market and caused a dip in prices as workers try to undercut their competition in a bid to get work on websites like Upwork and Fiverr.

That being said, there is an upside. The need to isolate from others has increased demand for personal shoppers, delivery, and ecommerce. Instacart hired 300,000 workers in April and planned to hire 250,000 more after sifting through a wait-list of applicants. There is even higher demand for workers with technical skills as businesses move online from brick-and-mortar stores.

Many economists are anticipating shake ups in multiple sectors as industries like fitness, education, and entertainment focus on online content. All of this will require robust support from highly-skilled professionals like digital marketers and software engineers. Depending on a worker’s professional experience, they could soon be inundated with jobs.

Of course, that all depends on the skills that a worker has. A software engineer or healthcare worker may be able to quickly find another position, even in this job market. Others, maybe not so much.

One of the common character stereotypes is that of the struggling artist. Unfortunately, this is one stereotype that has some basis behind it. This means that many content creators hold separate, primary jobs that help pay the bills while their content is a secondary income earner. In order to accommodate variable schedules, oftentimes these jobs are either in the service sector or other parts of the gig economy.

With the job market worldwide being as it is right now, many of those jobs have been eliminated or at least on pause. This is obviously an issue for the immediate future, but could also be a boon in some ways.

Some of these creators now have more free time to produce content when they were perhaps busy with their primary jobs prior to this. With more free time, the number of creators and the audience for this content have also grown. Websites like Youtube and Twitch have seen atmospheric increases in viewing hours, with Twitch alone now reporting 1.645 billion hours watched per month.

Even before the coronavirus, creator-supporting websites like Patreon and Kickstarter were gaining publicity for the huge numbers of users they were reporting. Since the pandemic started, these numbers have only grown. Patreon announced that 50,000 new creators signed up in March as a way to recoup lost revenue and that they were supporting over 4 million patrons. Some of their top content producers are still making tens of thousands of dollars per month.

Of course, now that these numbers have been presented, in light of all of the terrible news mentioned previously in this article, the logical question is: where are their supporters getting all of this money?

It’s a good question, and nobody really has any answers. It may be the work of the #supportsmallbusinesses movement. It may be that the extra income from the enhanced unemployment benefits was keeping patrons willing to support their favorite creators. It may even be that those who choose to support creators at high levels simply have the income to back up that choice and haven’t been affected by coronavirus in the way of income.

Regardless, one thing is clear: the spike in unemployment caused by the coronavirus has allowed more creators than ever to take advantage of the opportunities out there to share their work.

There really is no easy solution to the problems caused by this pandemic. The entire situation is unlike anything US policymakers have ever had to deal with before. This is why all of the measures that Congress has taken have been reactive, not proactive, and also why they continue to be so.

The US CARES Act has expired as of July 31, 2020, but the country is still in the middle of a crisis as some states start reopening and others experience a surge in cases. Unemployment is still at record high numbers. Congress has agreed that a second stimulus package is needed and there are two resulting bills being negotiated right now.

The Health, Economic Assistance, Liability Protection and Schools (HEALS) Act is the Republicans’ 1 trillion dollar answer. Some of its provisions would

On the other side of the aisle is the Democrats’ 3 trillion dollar Health and Economic Recovery Omnibus Emergency Solutions (HEROES) Act. Some of its provisions

Both parties in Congress are negotiating over these bills and have promised to have some kind of solution rolled out by August 2020. There was a self-imposed deadline of Friday, August 7th, but negotiations broke down late Thursday night and both sides have drifted even further apart, with no new date for a bill’s passage.

Instead, President Trump has promised executive orders to address some of the more pressing issues, including extending the unemployment benefits, a payroll tax holiday, eviction protection, and student loan payment relief. Considering the large division between the Democratic and Republican bills, this may be the option that comes to pass. That said, lawmakers on both sides have said that executive orders would be sub-optimal solutions and that they would likely cause confusion and be challenged in court.

On the flip side, there are more fringe solutions that are slowly gaining traction as we approach the November elections, such as Universal Basic Income (UBI) – the biggest driver of potential Democratic candidate Andrew Yang’s run. However, these solutions are certainly not without their own detractors and are even more unlikely to get any agreement from Congress.

The future is very unclear as to what policy solutions may be enacted to solve the issues the country currently faces.

Try This: Solutions for the Immediate Future

In the meantime, while we wait for the government to come to a consensus and provide some kind of relief, if you are a creative content creator who has worries about losing their job or has unfortunately already done so, here are five things you can do to bear you through these uncertain times, regardless of where you are in the world:

Regardless of how crazy the world may seem currently, regardless of how discouraging the numbers may look, there are ways to make it through. Creatives are some of the most passionate about their work while also being entrepreneurial enough to try new avenues if something isn’t working. Use that skill set to succeed as we live through these trying times.