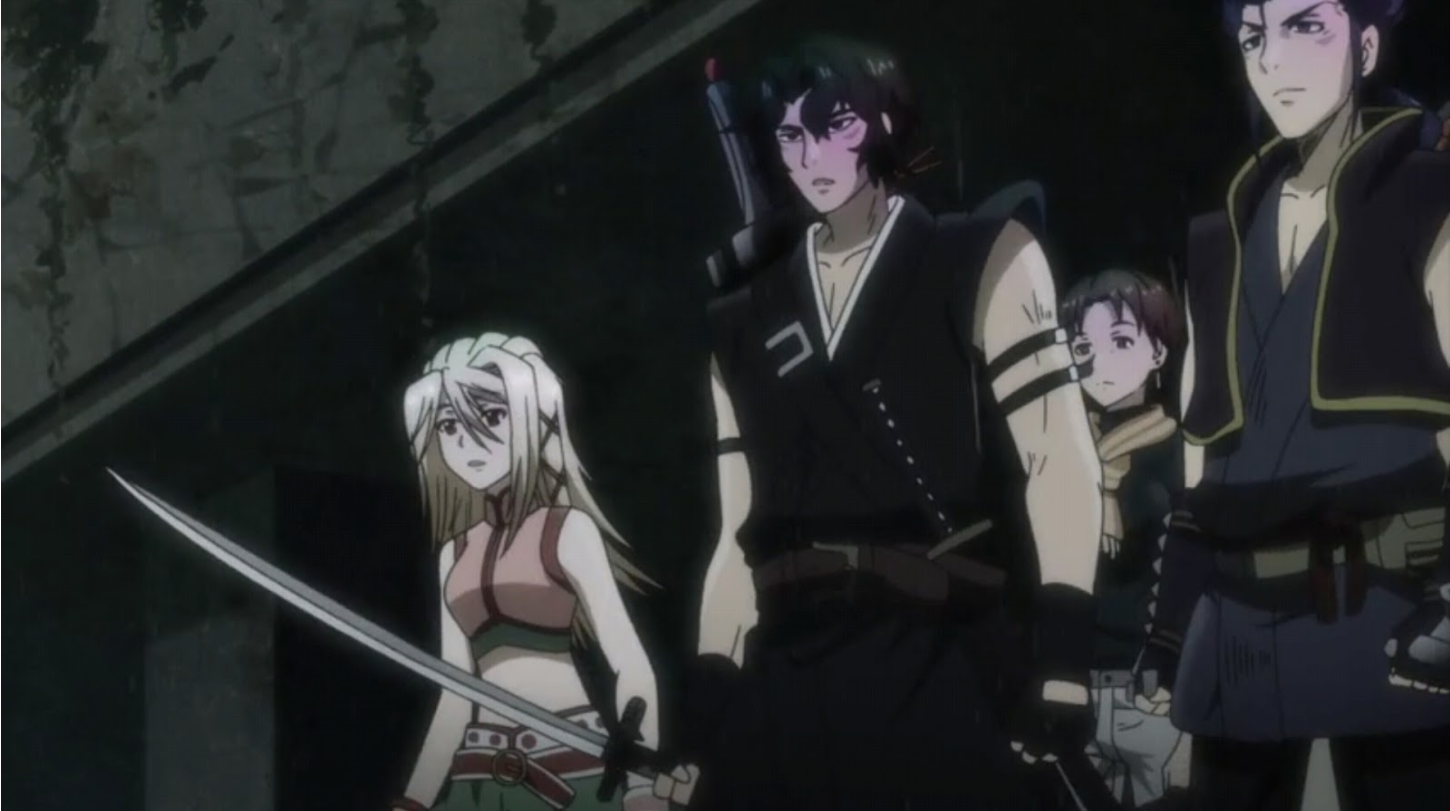 Gibiate is one of the new arrivals of Summer 2020, with a post-apocalyptic background set in the year 2030, humans are forced to fight monsters called ‘Gibia’ for survival.

‘Gibia’, are human-turned-monsters, formed when humans are infected with the Gibia-virus via the sting of the Gibia. The infected human hears the sound of continuous dripping water, and the intervals between them lessen as they reach the stage of turning into one. There’s also a chance of not turning into a Gibia even if stung, as the venom can’t be released in the next 24-hour interval of stinging another human.

Till now, we’ve got humans from 2020 – special mentions would include the MC, the doctor and the gunmen, a samurai, and a shinobi from the Edo period and a monk from Honganji who fought against Oda Nobunaga.

Right from the first episode, the fight scenes were plenty.

Various kinds of weapons are used by people of different backgrounds and different specialties, to fight against the mindless monsters ‘Gibia’.

To be honest, I’m stuck as to where I should begin. Let me recount a few details:

In simple words, the only consistent thing they have is their inconsistency and plot-holes, it’ll sneak up on you when you least expect it.

The opening has no lyrics, which is a bit disappointing. Yet, it lacks the flair which is provided by the opening of ‘The God of the High School’ even with minimal lyrics.

Storyline: 5/10 (rated a bit higher, just for the idea of incorporating Heroes of the past)

Sincerely, if you wanna watch an Anime where you want plenty of fights with various kinds of weapon with the risk of humans themselves turning into monsters, ‘The High-School of the Dead’ is a much better pick, unless you don’t care about the story and just want to see humans fighting monsters!