Kickstarter vs Patreon: Which Suits Your Project Better? 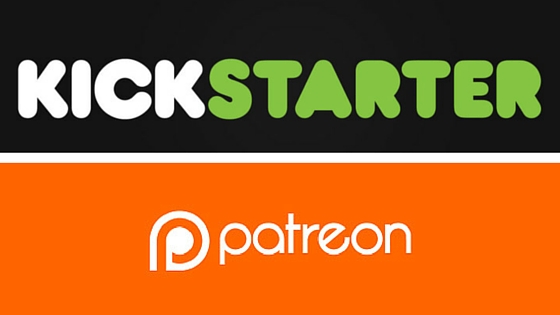 There are various rigorous and well thought-out steps that need to be taken between deciding the topic of a project and making it successful. Choosing a suitable platform for fund-raising is one of the most important steps among them. Kickstarter and Patreon both happen to be the biggest names in that field.

Kickstarter is a crowdfunding platform where creatives first offer to create a product, then interested backers pledge to support them for that one event. On the other hand, Patreon is a platform for creators to make the product on a regular basis, while their patrons support them monthly or on the arrival of new products.

Before we get into a thorough assessment, the following is the statistics* of both platforms until August 13, 2020.

It is a one-time funding process in Kickstarter, while Patreon implies a recurring one. So when you are into creating a big project and needing a lump sum of money, you’d feel more motivated and committed towards your work with Kickstarter. On the other hand, Patreon is better for relatively smaller projects with an option for change and improvements.

Patrons are usually long time fans who decided to support a creator, while backers can be complete strangers watching a project idea for the first time and have decided to fund said project.

Patreon is similar to having a stable earning. Whereas in Kickstarter’s case, you set a minimum goal. Before you start working on the project, you get a rough idea of whether the funds you’ve received meet your expectations or you should drop the idea. After all, if you don’t reach the goal in Kickstarter, you won’t receive any payment. As everyone says, it’s an all-or-nothing business.

Patreon seems unreliable to investors for long term investment as projects can be pulled out at any time, so even if consistency is maintained, it lacks the security, which is offered in Kickstarter, some are looking for.

There are people who are in Patreon but join Kickstarter for a project and turn their patrons into ‘backers’. There are also cases where the vice versa, someone who has started with Kickstarter switched to Patreon after a successful project, has happened.

Both platforms take 5% of one’s total earnings and charge 3-5% for payment processing.

Creators3: Number of Creators with at least one patron

To summarise, Kickstarter is a crowd fundraising platform for a certain project you’ve already decided and sets a minimum goal you’ve got to reach. Simply speaking, They’re supporting the idea you’re offering.

On the other hand, Patreon is more of a membership platform consisting of your loyal followers who’ve decided to support you in your work. In other words, they’re supporting you based on your work.

Even after all these, Kickstarter may seem to be the better option, but it may be disastrous if we blindly consider Kickstarter as the more preferable platform. The last thing you’d want is to face trouble due to wrong platform choice after all the effort you’ve put on it. One has to keep in mind that there are quite a number of factors working behind the scenes. For example, the size of the project, its medium, the goals you’ve set, advertising, and many others. So, let us know which is your cup of tea? Which aligns more with your project and the style of commitment you seek?